These notes are intended as additional resources for my brief presentation on October 21, 2014, for Introduction to Lifestyle Medicine, which is a Psychology Extension course at Harvard university. This is based on my personal notes while preparing for the research and the published research findings.

I will blog about them as a series. Read Part 1.

About thirty years ago, during my work as an undercover special agent, I developed a form of invigorating exercise to cope with the extreme stress I’d experienced doing my job. In Korean this exercise was named Myung-Sang-Juk Momnori (translated mindful body play), based on the meditation and martial art training experience I had since childhood and the knowledge of meridian energy channels that I learned from Buddhist monks. 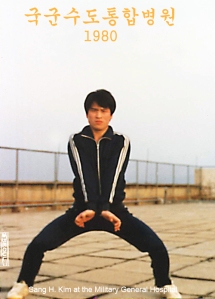 Sang H. Kim Practicing Mindful Movement at the rooftop of the Military General Hospital in Seoul

The Momnori movement was quite helpful in reducing my pre-mission anxiety and rebounding from various injuries and setbacks I had in the work.

Fast-forward 25 years, to Albuquerque, New Mexico. I used this mindful body play, also known as mindfulness-based stretching and deep breathing exercise (MBX), as the core protocol for clinical research conducted as a part of my doctoral thesis, to test whether participation in MBX practice  would reverse post traumatic stress disorder (PTSD) symptoms among those who work in highly stressed environments such as combat soldiers, law enforcement agents, or ICU nurses.

During my preliminary research I found striking similarities between the nature of the work at the frontline as a special agent and the nurses in the Intensive Care Unit facing life and death issues on a daily-basis.

PTSD is characterized as the long-term presence of the intrusive, avoidant and hyperarousal symptoms, causing substantial social and interpersonal problems and impaired quality of life.

Considering the fact that in any given year, nearly 8 million Americans over the age of 18 are diagnosed with PTSD, current treatments focus on reducing symptoms, improving functional capacity and enhancing quality of life through the use of both medication and psychotherapy, and the treatment efficacy is unclear and residual symptoms are problematic, we need alternative strategies that are accessible at low- or no-cost yet highly effective. 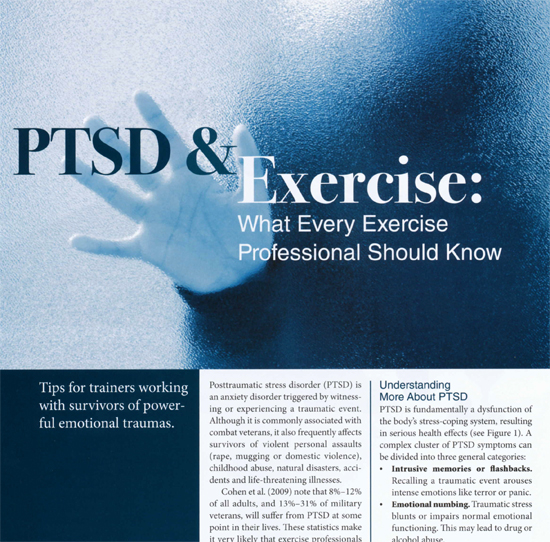 Studies have shown that there is an inverse relationships between PTSD symptom severity and cortisol (the stress hormone) levels; that mindfulness-based exercise, such as tai chi or yoga, has positive effects on PTSD symptoms; that cortisol level increases are associated with symptom improvement, with some evidence showing that cortisol treatment may be an effective method of reducing PTSD symptoms; and that exercise is associated with a transient increase in plasma cortisol in healthy individuals.

So my research team (headed by Mark R. Burge, MD, professor of endocrinology and metabolism at the UNM; Suzanne Schneider, PhD, a former exercise physiologist at the NASA) wanted to explore the relationship between changes in plasma cortisol and PTSD symptom reduction, and examine if MBX practice would normalize cortisol levels and reverse PTSD symptom severity. We set out to evaluate the relationship between MBX-induced changes in cortisol levels and changes in PTSD symptoms as they occur during an 8-week MBX in conjunction with treatment-as-usual, compared to a control group receiving only treatment-as-usual without the exercise component.

We hypothesized that at the completion of participation in the 8-week MBX program, exercise-induced symptom reduction will be associated with normalized cortisol levels. 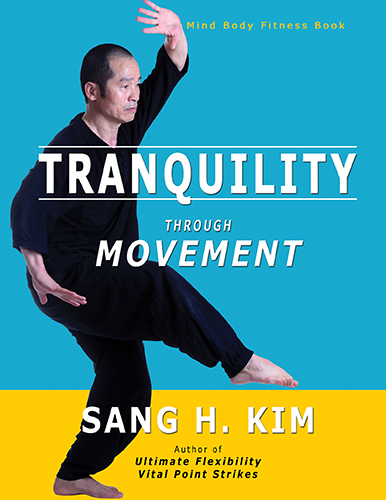